From June to December 2016, sales of our hot food products continued to rocket and we estimate that hot options now account for around one in nine (11%) of all grab and go purchases. This is an increase of 2.5% on the previous financial year (2015 - 2016) and almost double that of the twelve months prior to this (2014-2015) when hot foods accounted for just 6% of the to-go market. Salads on the other hand have continued to chill at just 2.5% (or one in 25 purchases) remaining consistent with the previous financial year and showing only a marginal lift (less than 1%) on the year before. 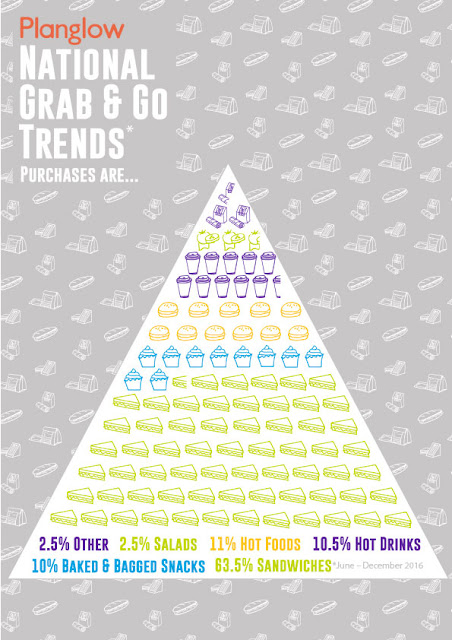 Sandwiches maintained the lions share continuing to command almost two thirds (63%) of the grab and go takeaway market. This is in keeping with the last financial year though still 6% down on 2014-2015 when just shy of one in seven (69.5%) grab and go purchases were a sandwich product. In terms of sandwich type the wedge is back having regained its edge from the baguette. Over the past six months almost half (46%) of sandwiches were served with a triangular cut, an additional 8% slice of the market on the last financial year. 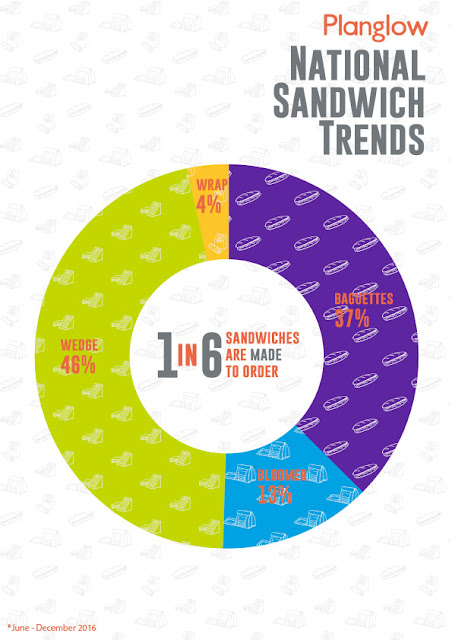 Hot drinks retained their foothold - one in ten grab and go purchases - though inched into another 0.5% of the grab and go market to claim 10.5%. This is inline with the growth we've since 2014-2015 when hot beverage sales were closer to one in twelve purchases (8.6%).

You can see the findings from our previous market report here.