Hey Rich, you’ve been with Planglow a while, can you tell us about the early days?

Sure. I joined Planglow in 1999, at the age of 18, after seeing an advertisement in the local newspaper. The company was looking for a technical support assistant to help customers with its ‘bespoke labelling software’.  The idea of helping others and even more so, helping with computers and software appealed to me as that is something I have always enjoyed, be it with friends or family, I was always the one that got asked for help when things went wrong.

Back then, Planglow was split into two offices, the main one was in Surrey where all the accounts and sales people were based, Meanwhile the Bristol office (a single room in the home of directors John and Beth) dealt with all the technical and graphic design side of the business. This was pre-packaging so we were purley labelling and software at that time. When I started, there were five of us in that room (two directors, two support people and one graphic designer). Everyone got on really well and it felt like a family.

What did your role involve back then?

I was trained-up in the company’s PLS software (which stood for Planglow Labelling Systems) and a brand new labelling program that was not released at that time called LabelLogic. My main role when I started was to support our customers over the phone on the existing PLS software and bug test LabelLogic ready for launch. Once LabelLogic was released, I was heavily involved in moving people over to the new system. We had to send out LabelLogic via the post on 3 1/2” floppy disks. Each of those disks were done by hand and we had a fair amount of customers back then so everything took a while!

How have you seen the company grow?

In 2000, the directors in Surrey decided to retire. This meant we closed the Albury office and relocated everything to Bristol. We moved into a big office in the centre of Bristol but chose Kiddiminster for our warehouse as it was centrally located in the UK.

Lots of new faces and friendships formed. Our support team doubled from two to four. This was the first time I had worked in a large office with lots of people, but the family ethos prevailed.

How has your role changed over the years?

I slowly took on more responsibility becoming the Support Team Leader in the early Noughties. With my knowledge - and experience in leading - this felt like the logical next step.

Planglow continued to grow and in 2005, we moved again to a different office literally across the street from the old one. With the move I became the Support Team Manager.  I had a few extra responsibilities and working alongside our then Systems Engineer (Bob Petty) we continued to have a fantastic team.

In 2018, Bob retired and I took on his responsibilities along with my managerial role. This was a great step forward and I was now in charge of all the tech in the office. Three years later, I was offered and accepted the position of Technical Director.

How do you think being with Planglow for so long best benefits the company and its customers?

Having joined Planglow so early on, working my way up through a variety of technical roles, has offered me unique insights into both the company itself as well as the industries it operates within. I’m delighted I can now bring these to the board in a more formal capacity and hopefully to the benefit of the business and customers alike

How have you seen things change?

Throughout my career I have seen many changes - not only within Planglow but the whole of the industry. Not least through the numerous legislative changes - long gone are the days of just a title and a price on a label. Thankfully however, we are past wrapping floppy disks in tin foil to prevent them getting wiped in post office scanning machines! I’ve also seen the introduction of packaging in 2005, creating a more rounded product offering and making Planglow an industry powerhouse. I think the biggest change though, has probably been our new online labelling app - LabelLogic Live - which was a real game changer as it’s so far ahead of anything else on the market. From a support perspective it allows us to help customers through things like live chat and automatic updates, as well as giving them the peace of mind that we are only ever a click away

You mentioned being the person people come to when things go wrong, what are some of the more unusual calls you’ve received over the years?

Well we’ve had customers trying to install CD’s by holding them up to the screen and complaints that software wouldn’t work in a power cut, that’s two that stand out.

…And - we have to ask - how often do you actually say ‘Have you tried turning it off and on again’?

Honestly, a lot.  Although this saying has comical connotations, this does in fact fix a lot of random issues.  Printers and computers sometimes don’t do what they are supposed to do and a good restart can fix the issue and can save precious time. 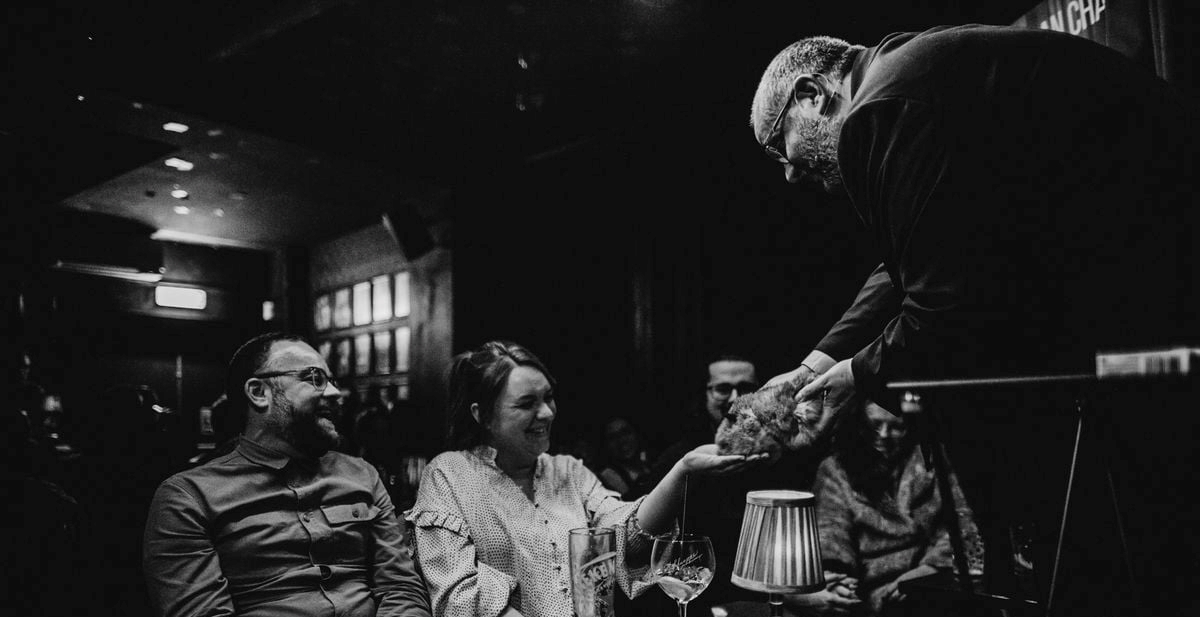 You don’t really do downtime, can you tell us a little about your non Planglow-life?

Alongside my technical career I also have several interests outside the general nine to five.

I am a keen advocate for Scouting which I have been involved with since the age of six. I went through the whole scouting movement (Beavers, Cubs, Scouts, Explorers) and at 13, along with being a Scout I started helping at the Cub Scouts. At 14 I became an official “young leader” and at the age of 18 I became an Assistant Cub Scout Leader. I continued being the assistant until I took over as the main leader in 2010.  Scouting has given me some great experiences and life long friendships.

I am also a professional magician with a residency as a house magician at Smoke and Mirrors (Bristol's number one “things to do'', according to Tripadvisor). My love of magic came at an early age as my older brother is also a magician. I have always dabbled in magic at house parties and the like, however my first big break came when I became a resident magician at Illusions Magic Bar in 2007. I performed close up magic almost every weekend and became the Head Magician in 2009. In 2013, the owner of Illusions opened up Smoke & Mirrors which was more of a parlour show (seats 40 people) and I tried my hand at moving from close up magic to stage magic. I loved it so much that I stepped down from Illusions in 2014, and continued to work on stage. I am still there and I enjoy every show that I perform.  My style is very much comedy magic and I have a lot of fun while performing.

If that wasn’t enough use of my time, I also have 2 young children, (aged 4 and 7) and an extremely supportive wife.  Although I am always busy, I am committed to everything I do and love them all dearly.   Without their support and encouragement I don’t think I would have the amazing life that I have right now.

And finally… 23 years is a long time, what’s the magic that keeps you at Planglow?
As I’ve always said, it's the people that you work with as much as the role itself that makes a job. Planglow has a strong family ethos and without that, I really don’t think the company would be the same. 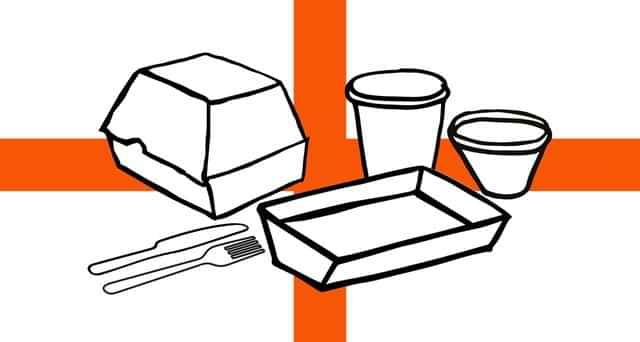 Time’s up on single-use plastic

Single-use plastic takes its toxic toll on the environment. The impact is evident, from polluting our seas and contaminating the food chain to increasing carbon emissions through every stage of their lifecycle and taking centuries to decompose in landfill.

What's being banned where and when and what are the alternatives

If you're confused by the single-use plastics bans across Scotland, Wales and England, we've created a simple table that shows you what's (being) banished where and when, plus our replacements. 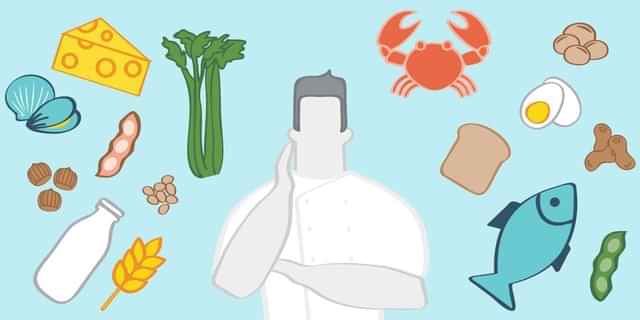 Are you Natasha’s Law compliant?

Allergy labelling one year on

Around one in five businesses are still not fully compliant with Natasha's Law. With a host of challenges affecting the sector, allergen labelling can slip down the priority list. What’s the solution? 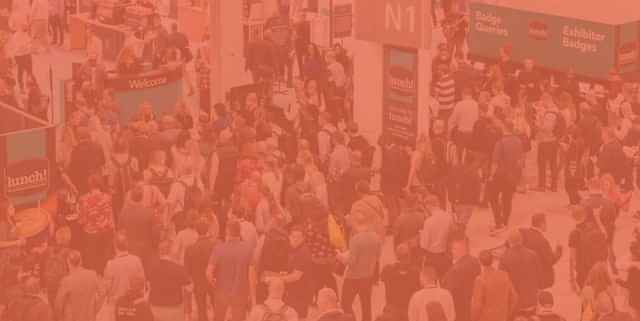 Meet PRM’s Paul Clark Who’ll Be Joining Us at This Year’s Lunch! Show

From farming to Guy Martin and why pasties always make the best lunch, we catch up with Paul Clark, product manager at our partners and lunch! show compadres, PRM Waste Systems ahead of this year’s exhibition.