As this was Planglow USA's first time in China, John and Nancy met them in Shanghai where they took in some of the cities iconic sights such as The Bund, Pearl Tower, Waldorf Astoria and Jazz Bar at the Peace Hotel before travelling down to Ningbo where the factory is located. For John and the American team it was a flying visit while Nancy, who was born in China, stayed on to celebrate the new year - year of the monkey - with family and friends.

Situated 140 miles south of Shanghai on the coast of the South China Sea, Ningbo is one of China's oldest cities and has a rich trade heritage having formed part of the ancient Silk Route - it also became one of five main ports during the Opium Wars. "Ningbo has a very deep harbour - second only to Shanghai - so the larger sized boats (up to 300,000 tonnes) can dock there. It is a good location for us and Planglow USA because there are direct shipping routes to Felixstowe and Los Angeles which makes it the most sustainable means of transporting goods as well", explained Nancy. While Ningbo's economy owes much to the port, there is a diverse mix of industries based in the region such as Huawei - a large provider of mobile phones and other technology - and the area is known for making everything from textiles to electrical goods.

Except for the occasional hill, the land is very flat and laced with canals. Though, in the centre high rises and cranes tower over the busy streets which are in turn packed with designer shops and high end car showrooms. "There was a bit of a housing bubble so lots of buildings were knocked down here to make way for new ones, this also meant that the factories could be moved to the outskirts of the city to make way for better town planning and more integrated communities", said John.

For all the centre's mod cons, walk just a block or two out and its like stepping back in time to the China of old where arched bridges span the waterways and winged roofs line the labyrinth of streets. There are some stunning parks around the city too which, during the summer months, provide a welcome rest from the relentless heat when temperatures soar to a humid 30°+. With our visit falling at the tail end of winter however, it was considerably cooler averaging around 7°. 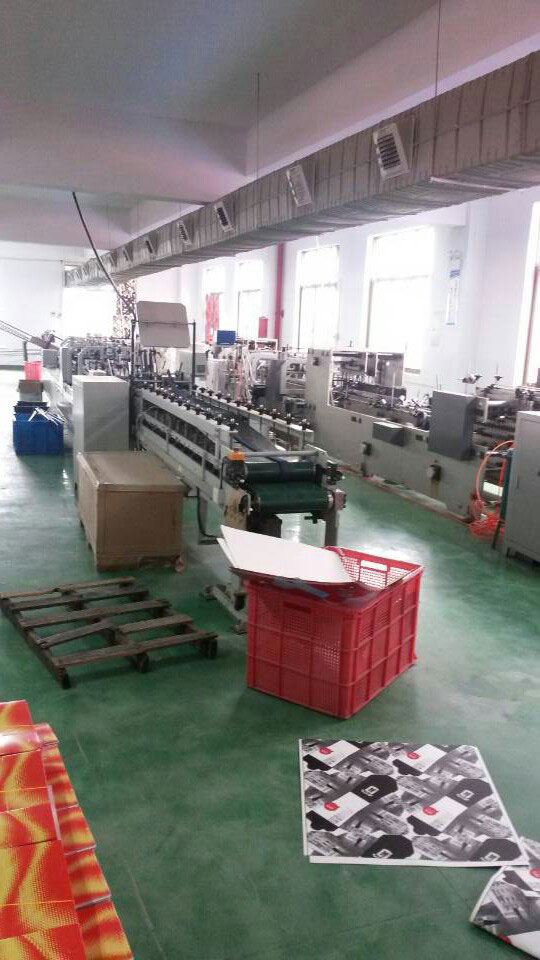 Planglow first began working with factory owner Xin (pronounced Shjin) in 2011 - a man so dedicated to manufacturing he'd sold his house to fund his budding business. Fortunately the investment paid off and today he runs a facility manned by around 50 staff which features lots of specialist equipment for laminating products and improving overall efficiency. John described how "We chose to work with Xin because of this tenacity and his willingness to try out new ideas. He was very keen to work with us and develop new products - in fact he was the only person we found at that time who could laminate products using our bio laminate film. Xin also provides the most cost effective and well made products. Plus his team are very responsive with a quick turn-around time which helps to protect our brand and the brands of our customers".

Xin moved his existing operation into the new factory in December 2014 - the photo on the left was taken during the set up. Many of his staff hail from the farm lands around Ningbo (where unemployment is very high) so they are provided with on-site accommodation between shifts. The factory runs 24 hours a day - which is divided into three eight hour shifts - though most of our communications with Xin take place before 9.30am due to the eight hour time difference. As with the rest of China, the entire factory closes for two weeks over Chinese New Year and a week over National Day too which is at the beginning of October - these are important events in the Chinese calendar and spent celebrating with family and friends.

Away from the factory, John, Nancy and our American colleagues took time out to visit a temple, Water Town and some of Ningbo's busy markets too where boxes of live turtles and fish spread out over the pavement are a common sight.

Trying out the local cuisine was another must. "I had some crunchy frog one trip which is a delicacy of the area. It’s the head and back of the frog which is quite spicy but not as crunchy as you would hope" said John: "It had a strange rubbery texture all of its own and it's fair to say it’s not the nicest thing I've had over there where the food has otherwise been very pleasant. I was the only one that ate it too - not even Xin had any!". Frogs aside, the food overall was a real highlight - especially at Lost Heaven, a bar and restaurant in Shanghai which Nancy described as serving some of the finest in China "Order the braised aubergine" she said, "you won't be disappointed!"

Nancy also spoke of some of the cultural differences between China and the UK, "Be prepared to be thrown into a chaos unlike anything you've ever experienced before! There's no queuing system and a lot of noise everywhere you go but people there are also some of the most hospitable in the world. This said, there is some quite specific etiquette you must observe. For example, looking at business cards is very important – they must be handed over and taken with both hands and studied at length. There is much gift giving too. And you can't access Google so we have to use Biadu which is the countries main search engine and an alternative email provider for corresponding with the UK and US while we're away". 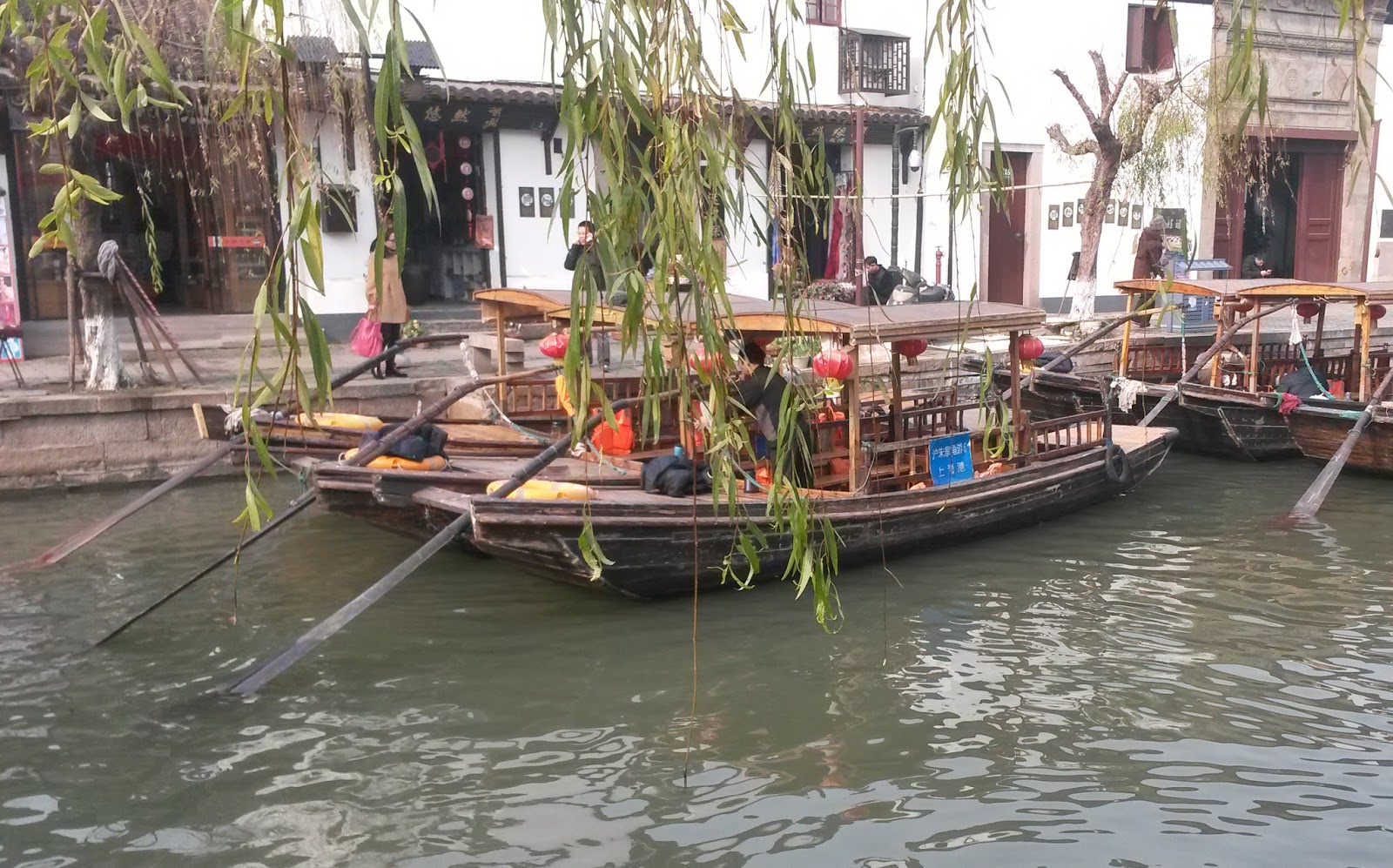 When asked about the changes they'd seen from trip to trip both John and Nancy commented on Ningbo's growth, "We've seen the area develop each time we've visited", said Nancy - and John agreed "As with the rest of China - Ningbo has worked hard for its wealth and this has been very evident in the expansion we see each time we go". With this expansion has come a more environmentally aware city where air quality is published daily and both tramways and an underground railway system have been introduced to help reduce the traffic. "It’s all electric mopeds - diesel vehicles are very rare now" explained John, adding "the open traffic lanes (with no specific fast or slow lanes, or system for overtaking) make the motorways a pretty grim experience". However, John won't be contending with China's roadways for a couple of years now as UK marketing director Rachael Sawtell is pencilled in for the next trip, his advice? "Avoid the not quite crunchy frog!"